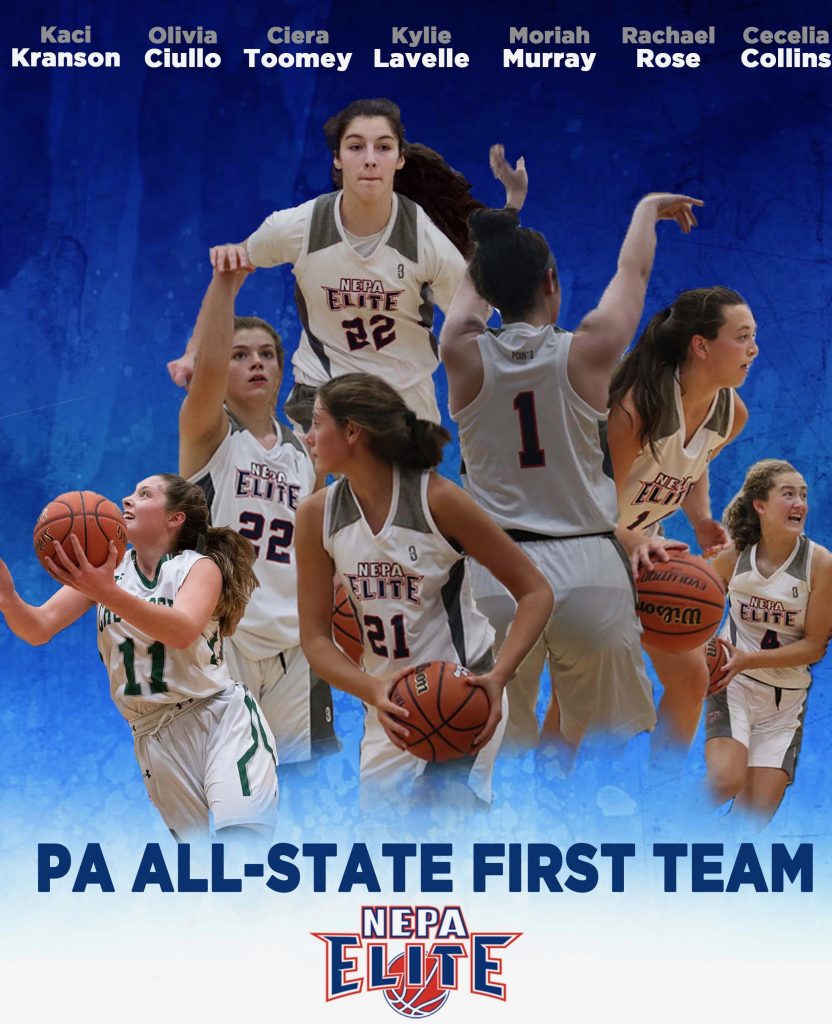 Seven players from the NEPA Elite AAU club in Scranton helped make the Lackawanna League the most decorated in the state when it came to first-team selections on the Pennsylvania Sports Writers All-State Girls Basketball team that was announced Monday afternoon.

Rachael Rose, Cecelia Collins, Moriah Murray and Ciera Toomey in Class 4A; Kylie Lavelle in 3A; and Olivia Ciullo and Kaci Kranson in 2A all made the team with their play during the recently completed high school season.

“I think the most interesting thing about that group is how unselfish they were and how much they pushed each other and made each other better,” said Kevin Clark, who owns NEPA Elite and coaches the 2020 Hoop Group Showcase League champion NEPA Elite Clark 17U girls team. “At times, it felt like I didn’t have to coach at all.

“They have super-high IQs, their drive to win was unmatched and I think all seven are definitely deserving of this.”

Seniors Rose, Collins and Ciullo completed their AAU eligibility by playing on the Clark team in the summer and fall of 2020.

They were on the HGSL championship team with Murray, Toomey and Lavelle.

Murray, Toomey and Lavelle are now joined by Kranson, a midseason addition to one of the club’s other 17U teams last season, on the current Clark team that is off to a 4-1 start.

“It just goes to show how rich girls basketball is in our area,” Clark said. “Being able to work with these girls day in and day out, you never have to beg them to get into the gym.

“Sometimes I turn my head and there are three or four of them down there shooting, just trying to get better on their own. So, it’s not surprising at all.”

Rose, Collins and Ciullo are all headed to play in college for coaches with connections to the area.

MORE: Visit our partner website, for a much more extensive report on the details of the all-state selections. https://nepabasketball/2020-21/articles/AllStateGirls