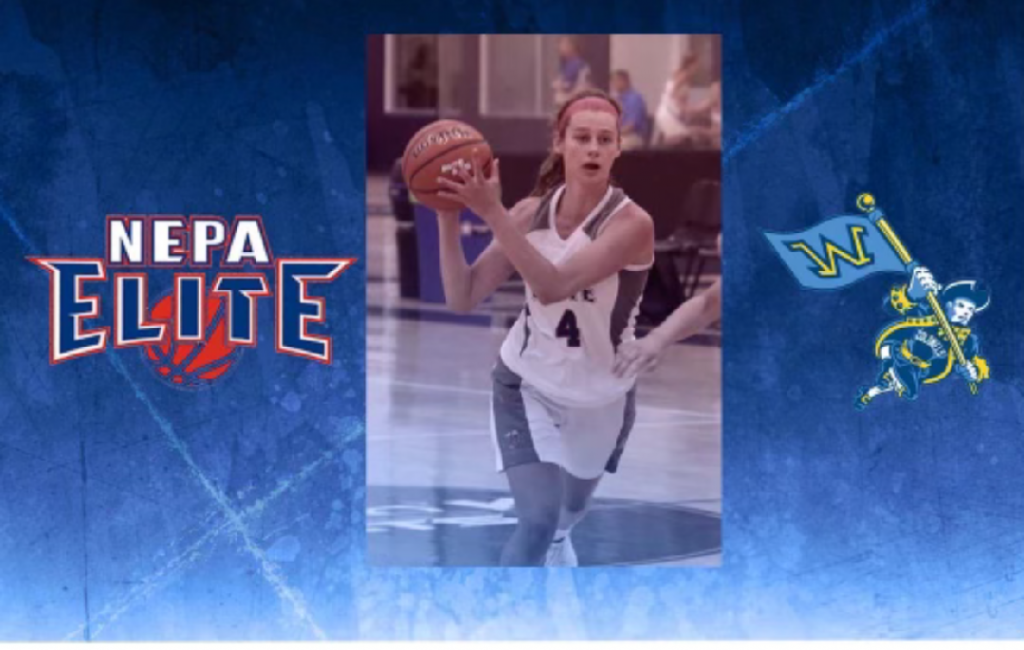 Nadia Evanosky, an NEPA Elite 17U Rini player and a Dallas High School senior, has committed to Wilkes University to continue her academic and athletic careers as a member of the basketball program.

Evanosky, who chose Wilkes after also going on a recruiting visit to Alfred University in New York State, plans to major in biology on a pre-dental track.

“Once they started recruiting me, I went to some of their games and I really liked the coaching staff when I met with them,” Evanosky said. “I also met some of the current players and they were really welcoming, which was nice because if I’m joining a team, I want to feel welcomed and they really made me feel like that.”

Evanosky also liked the academic fit, which she said was a big part of her decision process.

“I like how academically they have a good rate of getting people to graduate school,” Evanosky said.

Evanosky, an honorable mention Wyoming Valley Conference Division 1 all-star on the team selected by NEPABasketball.com, hopes to bring the same style of game she has shown to date – an aggressive defender on one end and a player who distributes to teammates while also scoring on the other – to the college level.

The recent decision capped a goal Evanosky has been pursuing the last few years, “since freshman year when AAU started to amp up a little bit.”