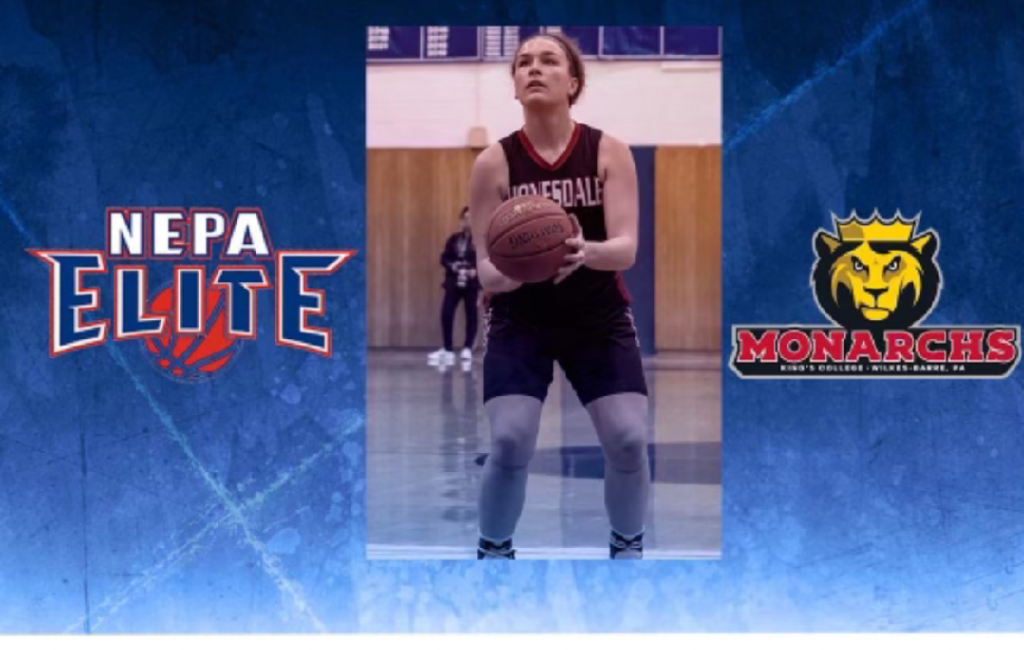 The end of one basketball career coincided with plans to start the next for Rowan Murray.

The NEPA Elite Rini 17U forward made her college decision in time to be able to reveal it on Senior Night for the final home game of her high school career at Honesdale where she has been a three-sport varsity athlete since her freshman year and starter since her sophomore year.

Murray has decided to continue her academic and athletic careers at King’s College in Wilkes-Barre.

Although she was part of Honesdale’s first-ever District 2 title in field hockey as a junior and she has been able to show off her athleticism by combining the high jump, triple jump and 100-meter dash in track and field season, Murray has been pointing toward basketball in college for years.

“I played AAU (basketball) since I was in fifth, so I think it’s always been a goal and something that I’ve looked forward to,” Murray said. “I set that as a goal for myself.

“I’ve played three sports my whole life so I couldn’t really imagine not doing something in college, but I really started looking into it my eighth grade and freshman year.”

After narrowing her choices to Lycoming and King’s, Murray “went to a few games and was able to see the atmosphere and coaching style.”

While being surrounding by more taller players in college, Murray, who combined post play with improved shooting range to lead the Lady Hornets in scoring for the third straight season, expects to spend more time away from the basket on the next level.

King’s recently completed an 11-5 season in the Middle Atlantic Conference Freedom. It reached the MAC Freedom semifinals where it finished a 17-9 season overall.