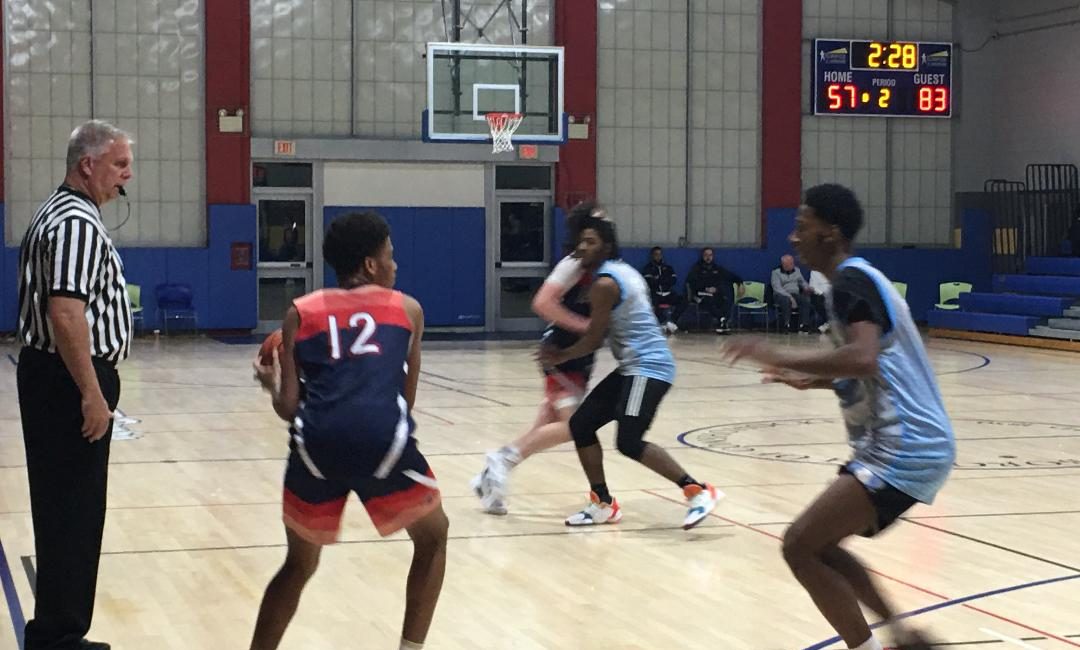 CONSHOHOCKEN – The Albert C. Donofrio High School Classic had a new team when the Fellowship House in Conshohocken was able to host the 60th annual event after a two-year break because of COVID.

NEPA Elite joined the mix for the first time and made an impressive debut Tuesday night.

The Scranton-based team drew rave reviews from the Philadelphia-area basketball fans, who gather to watch the tournament and talk hoops. Those viewing through the glass in the lobby noted the strong inside combination and the teamwork that helped create layups and open 3-pointers in a 91-60 rout of BW Elite in a Round of 16 game.

Ethan Meuser scored 20 points, Jason Shields drained three 3-pointers while adding 15 and Ben Chilson produced a double-double as NEPA Elite earned a return trip for a Round of 16 game in the 26-team, single-elimination tournament. It will play highly regarded K-Low Elite Tuesday night at 8:30.

As a non-AAU event, any high school or prep school player from the 2021-22 season is eligible, so the NEPA Elite squad entered is a combination of the current and former members of teams from the AAU club out of Riverfront Sports in Scranton.

“We practiced one time, (Monday) night for about an hour and 15 minutes,” coach Brian Coyle said. “We put in one play and one out-of-bounds play. Everything else is on the fly.”

That did not stop the team, which has many members who have played together in various combinations in the past.

“They played great,” Coyle said, “the way they shared the ball; the energy they have.

“It’s just a good group. I just said to them, ‘it gives me one more opportunity to coach these seniors that are on their way out and for the younger guys coming in, they get to see the relationship of what it’s like to play for NEPA Elite.”

Meuser, who played for the club’s Coyle 17U team the past two years and spent the most recent season at The Hill School in Pottstown, led the way with 16 points in the first half, then turned to other parts of his game. He had three of his five rebounds, two of his four blocks, two assists and two steals in the second half.

Gerhart, a junior who played at Cocalico in Lancaster County prior to transferring to The Hill School, helped form the powerful inside game. He finished with 14 points and 7 rebounds.

“I played with E obviously during the season,” Gerhart said. “We have a great bond.

“All the other guys just brought me into the squad and we really bonded. We played well together and it was lot of fun.”

“We have a big junior class and they played with a lot of poise,” Gerhart said. “Especially for the sophomores, playing with a (post-grad) and stuff like that, you couldn’t tell that they were younger.

“They played under pressure, handled the ball very well and didn’t get rattled.”

Cumbo and Tanner are sophomores, along with the Abington Heights backcourt combination of Will Marion and Ryan Nealon. Marion had a team-high four assists. Nealon made two steals.

Arvel Chandler, a senior guard from Scranton, joined his taller teammates in leading the strong combination on the boards.

NEPA Elite took control early, building a double-figures lead that it maintained, then expanded over the final 30-plus minutes of the 40-minute game.

In addition to Meuser’s 16 points, Shields had 10 and Gerhart 9.

Following a 13-1 run early in the second half to build a 61-33 lead, different players took turns leading the way.

Cumbo had nine points in a span of 1:45 on two 3-pointers and a three-point play.

Chilson scored the first four points and made two steals to start a 9-0 run in which Tanner scored the next five for the biggest lead at 79-42 with 7:37 left.

Shortly after, Chilson provided what may have been the play of the night with a strong dunk in traffic.

Chandler and Tanner, who led second-half scorers with 10, closed out the rout with consecutive 3-pointers.

Playing in the one-and-done format, NEPA Elite has at least one more game before it is done in a tournament whose history includes appearances by players like Earl “The Pearl” Monroe, Hank Gathers, Bo Kimble, Rasheed Wallace and Kyrie Irving. Joe “Jellybean” Bryant was tournament Most Valuable Player in 1971 and 1972 before his son, the late Kobe Bryant, won the same honor in 1995.

The Donofrio history includes stories of college coaches like Mike Krzyzewski, Dean Smith, Rick Pitino, Jim Boeheim, John Calipari and P.J. Carlesimo watching to see what talent people like Sonny Hill brought to the Classic. National Collegiate Athletic Association recruiting rules have changed that in recent years, often keeping the Division I coaches away and doing so until at least later in this year’s event.

NCAA Division II coaches are allowed out, however, and some were there to see unsigned Scranton senior Shields.