Meuser winds up with Division I team 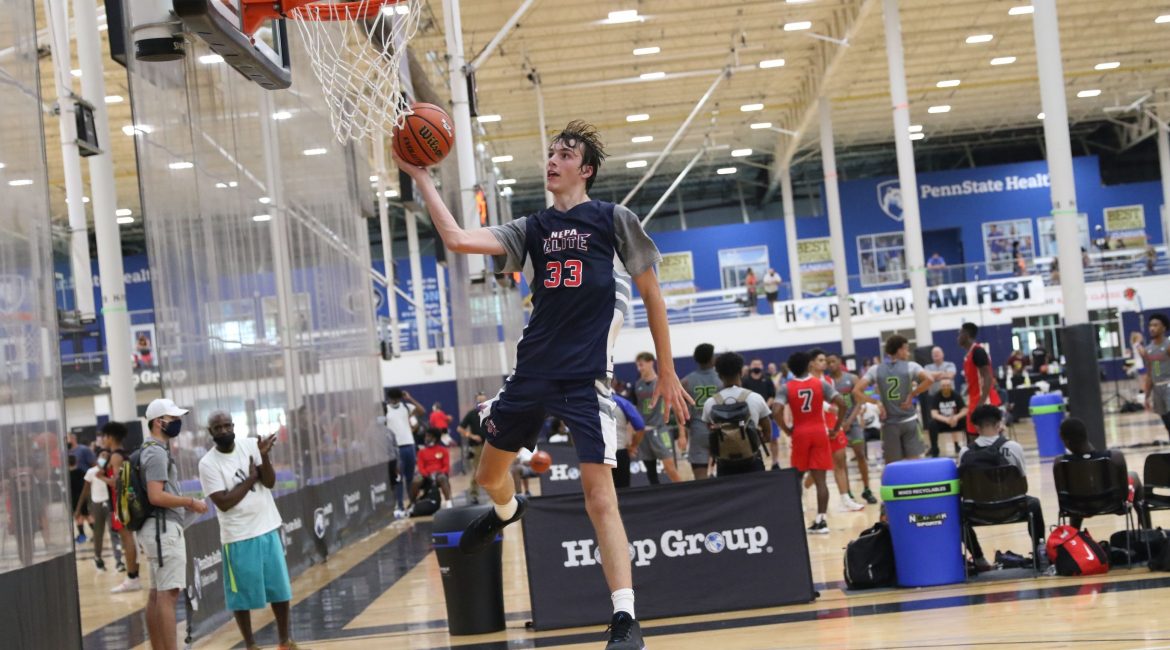 The 6-foot-8 forward, who played the 2020 and 2021 AAU seasons for the NEPA Elite Coyle 17U team, learned that Stonehill College has accepted an invitation to join the Northeast Conference.

Meuser had already accepted a scholarship offer from Stonehill, which is in Easton, Mass., as an NCAA Division II school and remains in the program’s plans.

“I am deeply appreciative to the Northeast Conference for inviting us,” Fr. John Denning, Stonehill president, said, according to an announcement on the school website. “As the college approaches its 75th anniversary, this move to the Northeast Conference and NCAA Division I athletics signals that Stonehill is prepared to achieve its fullest potential — both athletically and academically – in the years to come.”

Meuser gained an extra year of AAU eligibility when he announced prior to his graduation from Wyoming Seminary that he would be attending The Hill School, a prep school in Pottstown.

The former Wyoming Valley Conference Division 2 first-team all-star for his play at Wyoming Seminary continued to develop his game. He was a fifth-team, all-star choice in the 2021 Hoop Group Showcase League for his play with NEPA Elite and became a force at the prep school level with The Hill School, after having already committed to Stonehill.

Meuser was told of the possible move by Stonehill recently, then alerted prior to the formal announcement Tuesday morning.

“I’m stoked for it,” Meuser said “It’s kind of ironic and everyone was saying, ‘you could have waited and gone D-I, why did you do that?’

“It just turned out that way. I’m fortunate for that.”

Meuser got a chance to reconnect with NEPA Elite Tuesday, playing with a group of former and current Coyle team players in the Donofrio Classic, a non-AAU event, which allowed current seniors and prep school post-grads on the rosters. He showed off improved strength in NEPA Elite’s 91-60 victory over DW Elite with team leads of 20 points and 4 blocked shots.

“I’ve been doing the strength and conditioning three days a week with the group,” Meuser said, “then I try to get in the weightroom two more days on my own. I’m eating as much as possible and drinking protein shakes all the time.”

Stonehill will move right into its Division I transition in the fall. The NEC is fitting the Skyhawks into its revised schedules. The school, which had been a charter member of the Northeast-10 Conference, has 22 varsity sports with a 23rd, women’s ice hockey, already committed to launch on the Division I level next season in the New England Women’s Collegiate Hockey Alliance.

All except the school’s equestrian and ice hockey teams will join the NEC.

“Stonehill’s move to Division I and membership in the Northeast Conference is a transformational moment in our history and we are thrilled our student-athletes will have an opportunity to compete at the highest level of collegiate athletics,” Stonehill director of athletics Dean O’Keefe said.

Stonehill qualified for the NCAA Division II’s men’s basketball tournament 15 times, including a semifinal appearance in 2012.