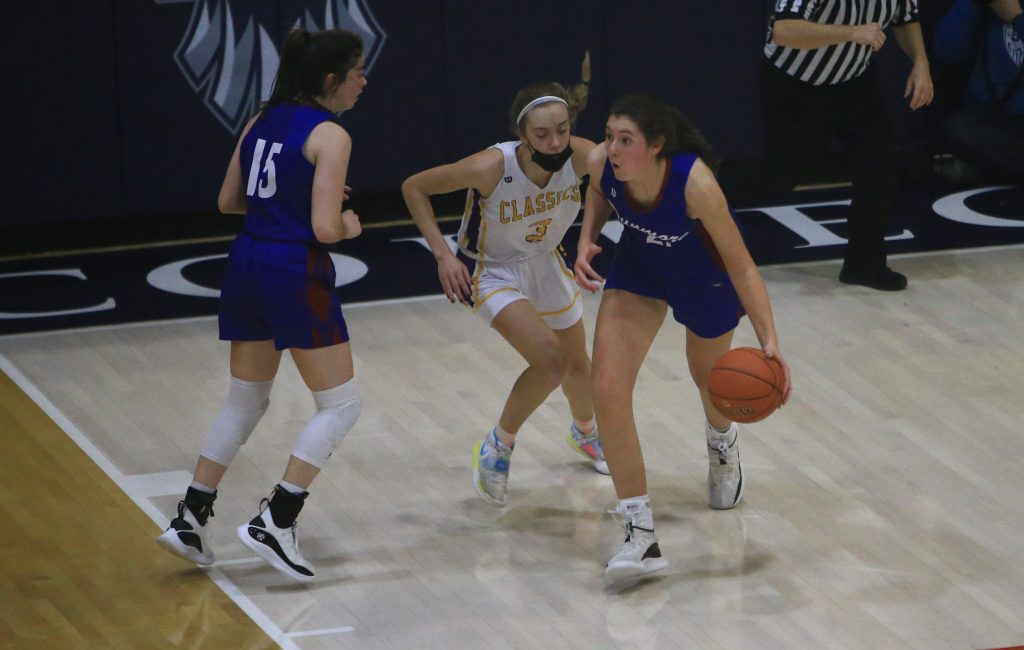 Ciera Toomey, one of the driving forces behind two straight Hoop Group Showcase League titles for the NEPA Elite Clark 17U girls team, has been selected by MaxPreps.com as the Pennsylvania Player of the Year for her performance at Dunmore High School as a junior during the recently completed 2021-22 season.

Toomey was recognized when MaxPreps named its Players of the Year for all 50 states.

At Dunmore, Toomey shot 67.2 percent from the floor while averaging 18.5 points, 7.0 rebounds and 1.9 blocked shots per game for the Lackawanna League Division 3 and District 2 Class 4A champions. She also had a 3.8-1, assist-to-turnover ratio.

Toomey put up those numbers being done by halftime in some games and finishing up by the middle of the third quarter in most as Dunmore posted a series of blowout victories.

The 6-foot-4 forward/center had her season end during the district championship game when she suffered a knee injury that will also keep her out of the 2022 AAU season.

Toomey is ranked as the No. 3 prospect in the nation in the Class of 2023 by ESPN.