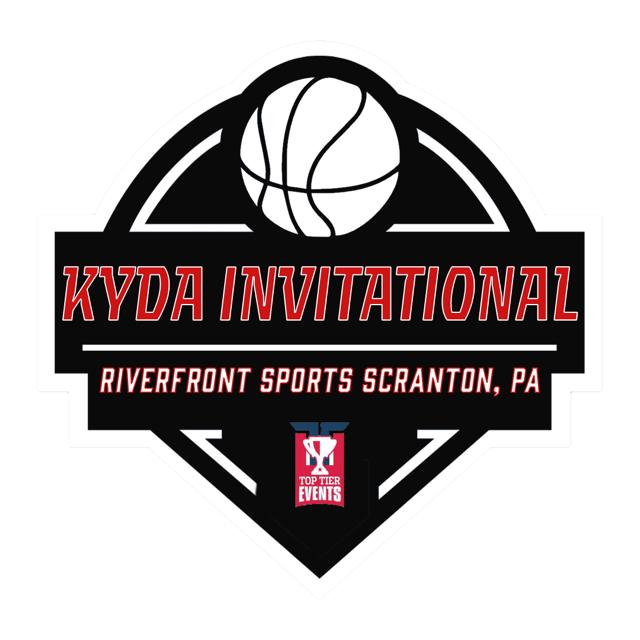 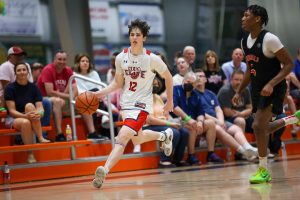 SCRANTON – Will Marion got the NEPA Elite Coyle 17U boys team started in its opener Saturday and he helped it finish in the second game.

With the Abington Heights sophomore leading the way, NEPA Elite went 2-0 in the 17U Division Pool A on the first of two days in the second annual KYDA Invitational on its home Riverfront Sports courts.

Marion made five first-half 3-pointers during a 64-54 victory over Team Final Red, then became the set-up man, assisting three 3-pointers and a layup in the final 12 minutes of a 65-57 victory over New York Rens United.

“He had a great first day,” coach Brian Coyle said. “He’s definitely a floor general out there. In the first game against Team Final Red, we needed him to hit 3s and he came up big.

“In the second game, we didn’t need him to hit 3s as much. We needed him to be more of a facilitator, which he was, and a floor general in getting us into our action.

Marion hit five of the eight first-half 3-pointers that NEPA Elite used to build a 38-23 halftime lead before holding off a Team Final Red comeback. He hit one to open the game, then four more to spark a 17-6 run to end the half.

Ryan Nealon, another Abington Heights sophomore, hit two 3-pointers in the second half and three in the game as the team made 11 to account for more than half its scoring.

Ben Chilson made one shot from long range in each half and finished with 14 points.

Gabe Tanner made the other 3-pointer and had five points, all in the first half.

The second game was tighter early.

Each team made five 3-pointers during a second-half stretch in which NEPA Elite opened a lead, then Rens United rallied to make it close late.

NEPA Elite made four of five 3-point attempts in less than four minutes to open a 50-39 lead, finding a counter to the Rens double teams on ball screens and locating open shooters.

“Once we got into our action and our plays, we were able to get some really good looks versus not getting any going one-on-one when the ball was getting a little sticky and we were taking shots that were contested,” Coyle said.

Marion penetrated to draw multiple defenders, then kicked out to Mikey Cumbo and Zach Perta for 3-pointers.

Gabe Gonzales grabbed his own rebound and fed an Eli Yusavage 3-pointer, then Gonzales converted a corner 3-pointer on a drive-and-kick by Danny Nemitz.

Rens United closed the gap to two with a 14-5 run, but Marion waited patiently on an in-bounds play under the basket until Chilson got free for a layup.

Tanner blocked a shot and cleared a key defensive rebound after the Rens got within a possession one last time.

Nealon then hit both ends of a one-and-one twice and Tanner made the front end of another in the last 37.1 seconds to give NEPA Elite the game’s last five points.

Tanner and Nemitz are from Mid Valley. Chilson is from Tunkhannock, Cumbo from Dallas, Perta from Holy Redeemer, Gonzales from Holy Cross and Yusavage from Valley View.

Teams from the NEPA Elite program went 3-0 in the 17U Division for the day.

MORE ON THE KYDA INVITATIONAL