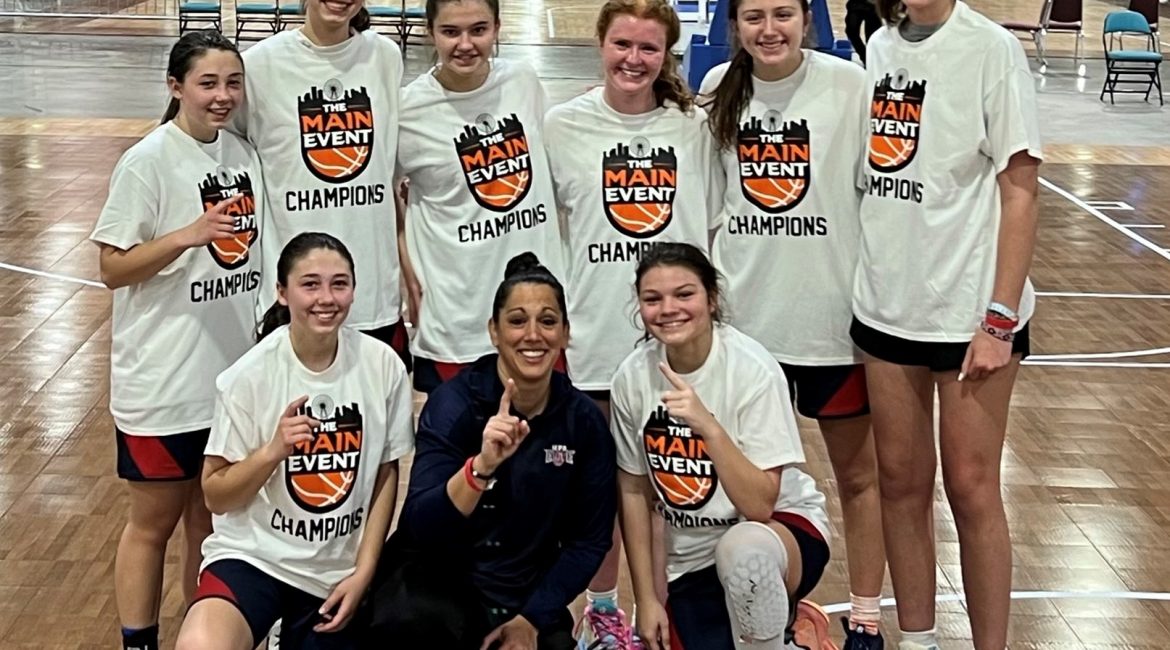 NEPA Elite claimed the top two girls titles when the Clark 17U and Macciocco 16U teams wrapped up perfect weekends in Select Events Basketball’s The Main Event at the Atlantic City Convention Center.

The Clark 17U team finished first in the Varsity Girls Division Pool A by winning its only Sunday game to finish the weekend 3-0.

The Macciocco 16U team won the Varsity Girls Pool C with its first victory of the day, then won the Pool B-C playoff.

The Clark team placed five players in double figures in scoring in its victory. The Macciocco team had 5 players with at least 9 points in the final pool game, then 4 with between 7 and 14 points in the playoff.

There were a total of 11 teams that competed in the Varsity Girls Division during the two-day event and the only two to wind up unbeaten were the NEPA Elite Clark 17U and Macciocco 16U teams.

NEPA Elite finished up its Pool A schedule with a 75-40 romp over Central PA Elite-Kunkle.

A projected championship game against the second-place team in the pool was canceled when two teams in the pool were disqualified for disciplinary reasons and a repeat of the rout of Central PA Elite would have been the only remaining option.

NEPA Elite had already beaten the 3 pool opponents by at least 15 points each.

Kiyomi McMiller and Cadie Lewis each hit two 3-pointers and Kallie Booth had one as NEPA Elite took a 48-20 halftime lead over Central PA Elite.

McMiller had 13 points at halftime. She finished with 18 points, dishing out a team-high 5 assists and grabbing 5 rebounds in the last win.

Daniella Ranieli finished as the game’s second-leading scorer with 16 points, including leading the team with 10 in the second half.

Mackenzie Perluke scored 9 of her 11 points in the first half and made a team-high 7 steals.

McMiller, from Trinity Collegiate High School in Darlington, S.C., was the team’s top scorer on the weekend with 80 points in 3 games.

Ranieli and Booth are from Pittston Area; Lewis is from Dunmore; Perluke from Wyoming Valley West; and Romanowski from Western Wayne.

Finley Bittenbender led the team in scoring in both wins with 13 points in a 60-22 rout of New York City Crash in the last Pool C game, then 14 points in a 51-45 victory over Savin Rock Ballerz in the playoff game.

The victories extended the team’s winning streak to seven games dating back to last weekend.

Emily McDonald went 7-for-8 from the foul line while adding 11 points in the playoff game.

Talutto added 10 points while Kennedy Bittenbender and McDonald had 9 each.

Elyse Montgomery had all 6 of her points in the first half when 6 players scored at least 5 as the team produced 38.

The Bittenbender sisters are from Scranton, McDonald from Abington Heights, Viglone from Dallas, Talutto from Dunmore, Wilson from Lake-Lehman and Montgomery from Honesdale.

The team finished 0-3 for the tournament.

The team finished 1-2 for the tournament with the losses coming by a total of five points.