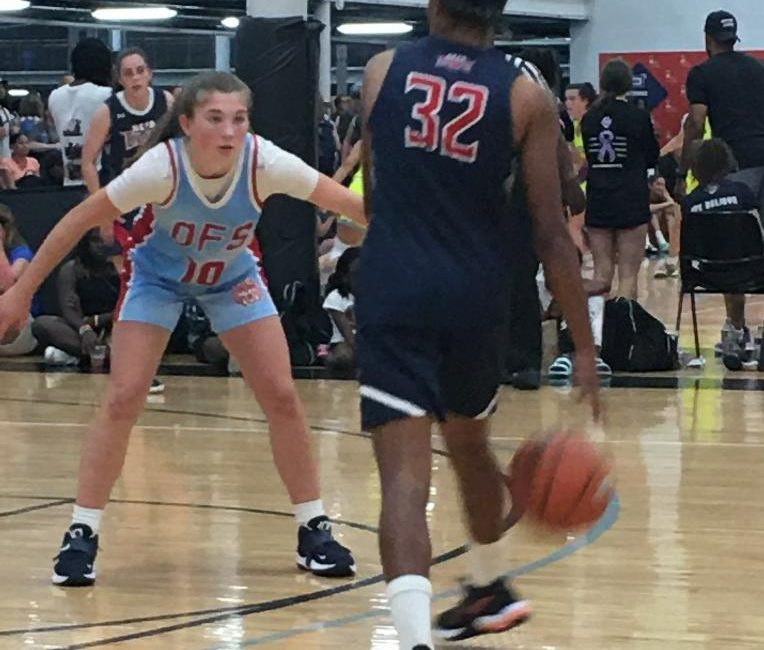 MANHEIM – Kiyomi McMiller scored 19 points in the first 9:12 Sunday night and the NEPA Elite Clark 17U girls team withstood an offensive dry spell, never giving up its lead on the way to a 61-53 victory over Drill for Skill 17U HGSL-Miller in the opening round of the third annual Hoop Group Showcase League Championships at Spooky Nook Sports.

NEPA Elite has won the first two HGSL titles, but entered this year’s event as just the 16th seed, meaning it will have to face the tournament’s top seed, the New Jersey Shoreshots HGSL, in the Round of 16 Monday at 11:15 a.m. NEPA Elite enters the matchup with some momentum after winning the pool title in the Select Events Basketball East Coast Summer Showcase just days earlier.

McMiller led the fifth win in the last six games by scoring 29 points and assisting 6 of the 10 baskets that she did not score.

The early scoring helped open a 28-17 lead in which McMiller accounted for every point, scoring 19 and assisting four baskets, including an Ella Wilson 3-pointer.

When DFS defensive adjustments slowed the NEPA Elite offense for the last five minutes of the first half and more than seven minutes to begin the second half, the lead shrunk to three points on three occasions.

Emily McDonald combined with McMiller to put NEPA Elite back in control.

McMiller scored six points and McDonald had the other four in a 10-0 run and NEPA Elite carried a 56-43 lead into the final three minutes.

DFS, from the Pittsburgh suburbs, fought back one last time behind point guard Kassandra Potts.

Potts hit three 3-pointers while scoring 11 of her 14 points in the final 6:03. Her last 3-pointer made it 58-51 with 1:09 left, but Daniella Ranieli answered with a strong drive down the right side for a three-point play with 50.8 seconds left and NEPA Elite protected the ball for the final 34 seconds to secure the victory.

McMiller and Mackenzie Perluke each had two steals.

McMiller is from Silver Spring, Md. Wilson is from Lake-Lehman, McDonald from Abington Heights, Ranieli from Pittston Area, Romanowski from Western Wayne and Perluke from Wyoming Valley West.

Return to this website for upcoming coverage of the other NEPA Elite teams at the Hoop Group Girls Championship Weekend.