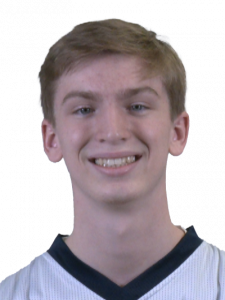 ATLANTIC CITY, N.J. – The NEPA Elite Coyle 17U boys team took two different approaches, but the result was the same, using its ability to create and hit open 3-pointers to win a pair of games Wednesday when The Hoop Group Atlantic City Jam Fest opened at the Convention Center.

After getting at least one 3-pointer from eight of the team’s nine players in the opener, NEPA Elite turned to Ryan Nealon to drill six from long range in a game-deciding, 6½-minute stretch of the second half of the second game.

Will Marion and Ben Chilson each connected three times while leading scorer Gabe Tanner and Eli Yusavage made two each as all four players scored in double figures during a 75-65 victory over 6th Boro Hoops in a Hoop Group Showcase League game to start the three days in Atlantic City.

Nealon then scored all 18 of his points during the second-half outburst to turn a three-point game at the half into a Mercy Rule romp, 60-42, over United NJ HGSL in the first round of the 17U Division HGSL Championship bracket.

“I just kept shooting,” said Nealon, whose long-range exploits included a 30-point half in a game in Pittsburgh earlier this AAU season. “I’ve been struggling a little shooting the ball.

“I finally got some to start going in for me.”

Tanner scored 11 of his 18 points in the second half to lead a balanced attack as NEPA Elite overcame an 11-point, first-half deficit in a game that featured multiple surges by each team.

NEPA Elite closed the half on a 15-3 run, beginning and ending with 3-pointers by Chilson. He connected with two seconds left for a 33-32 halftime lead.

It was still a one-point game until Yusavage, Chilson and Mikey Cumbo hit consecutive 3-pointers in a span of 1:17 for a 46-36 lead.

“I think our intensity was better; our energy was better,” said Nealon, one of six players to hit 3-pointers during the 42-point second half. “We were just getting good looks.”

Nealon’s 3-pointer put NEPA Elite ahead to stay after 6th Boro fought back to force ties at 47, 50 and 52. He then made a long lead pass to hit Tanner running the floor for a layup.

The transition game paid off again when Perta took off with a defensive rebound and found Yusavage in the left corner for a 3-pointer to complete a quick, eight-point streak.

Tanner made a 3-pointer and set up Chilson for an alley-oop dunk to complete a seven-point streak to the game’s biggest lead, 75-62, before 6th Boro Hoops closed the scoring.

They also combined to help NEPA Elite to rebounding advantages of 19-7 in the second half and 36-22 for the game.

Yusavage had a team-high seven assists while Nealon had four.

United NJ led until NEPA Elite scored six of the last seven points of the first half.

After United NJ scored the first basket of the second half to get within one, Nealon went to work. He scored the game’s next nine points on 3-pointers in a stretch of 1:36.

The barrage ended midway through the half with Nealon’s sixth 3-pointer, all between 14:25 and 7:53, for a 55-32 lead. Four of the six 3-pointers came off passes from Will Marion. Both are rising juniors at Abington Heights.

“They were great passes from my teammate Will,” said Nealon, who pointed out that not only are they familiar from playing a lot of basketball together, but “we’re going to play a lot more, too.”

United NJ worked inside for two baskets to try to slow the momentum, but Nealon returned the favor, setting up a Marion corner 3-pointer.

Tanner is headed to Perkiomen School in the fall. Yusavage is from Valley View, Chilson from Tunkhannock, Cumbo from Dallas and Perta from Holy Redeemer.

A roundup of the other NEPA Elite boys teams in Wednesday’s games: https://nepaelite.com/2022/07/wednesday-boys-recap-cooper-team-rolls-behind-layups-3-pointers/.