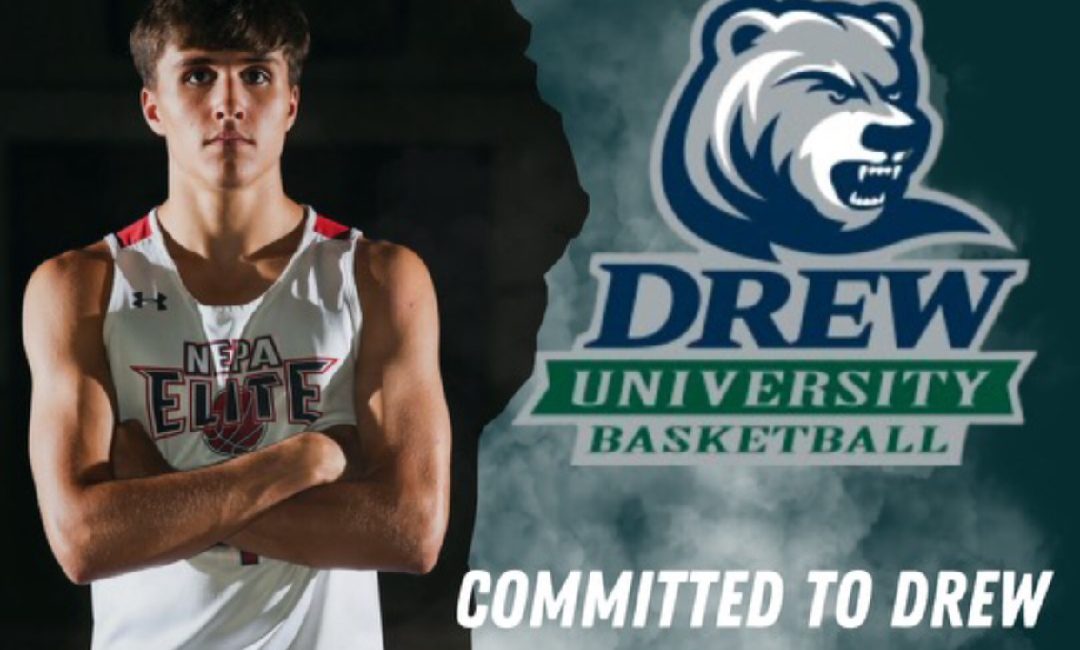 While navigating the long roads back from a torn anterior cruciate ligament and a fractured neck, Eli Yusavage never lost sight of his goal of playing college basketball.

Yusavage took a major step toward that day Monday at noon when he announced a commitment to accept an offer to play at Drew University, a Landmark Conference and National Collegiate Athletic Association Division III program.

What the NEPA Elite Coyle 17U boys team wing player and Valley View senior could not always see, however, was his future coaches watching him play.

Drew first became interested in Yusavage after seeing him early in the Hoop Group Showcase League season. The staff followed him through a busy July stretch of back-to-back events in Atlantic City and at Spooky Nook in Lancaster County.

“They contacted me before that, said they saw me play in the spring and they would be keeping their eyes out for me,” Yusavage said. “They watched me throughout that week there.

“It’s funny because I didn’t see them at any of the games. They were pretty sneaky about it.”

An invite for a visit to the Madison, N.J. campus followed at the end of August and Yusavage went back for an official recruiting visit with an overnight stay with the team earlier this month.

“I built a really good connection with the team, the coaches and everyone down there,” he said.

Yusavage made the Valley View varsity team as a freshman, only to have that season cut short by his knee injury. He credits his father, chiropractor Jason Yusavage, with helping him come back from the neck injury suffered while hitting his head on a fall in a high school game last season.

At Drew, Eli Yusavage plans to study pre-health as part of plans to follow his father into the chiropractic field.

Yusavage chose Drew after also making official visits to Wilkes, Lycoming and Hood, in Frederick, Md. He also made stops on his own at Franklin & Marshall and Gettysburg.