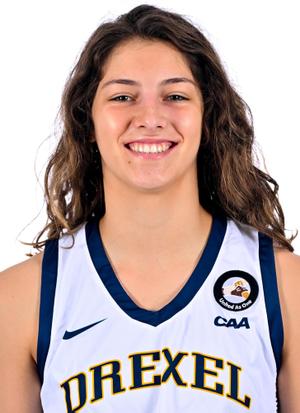 Kylie Lavelle made it two straight Colonial Athletic Association Rookie of the Week awards to begin her college career.

Keishana Washington and Lavelle have formed a high-scoring combination for the Dragons during a 2-1 start. Monday, they were named Player of the Week and Rookie of the Week by the CAA.

Washington had 53 points in 2 games, including 37 in Saturday’s win over Maryland-Eastern Shore. Lavelle, an NEPA Elite Clark 17U and Riverside High School alum, had 42 points, including 31 in a loss to La Salle in her second college agme.

Lavelle also had 15 rebounds while shooting 17-for-29 (58.6 percent) from the floor. She has more points in her first three career games than any player in Drexel women’s basketball history.

Washington is tied for third in the country in scoring.

Lavelle averages 20.7 points, third for 36th in the country among National Collegiate Athletic Association Division I players and fourth among freshmen.