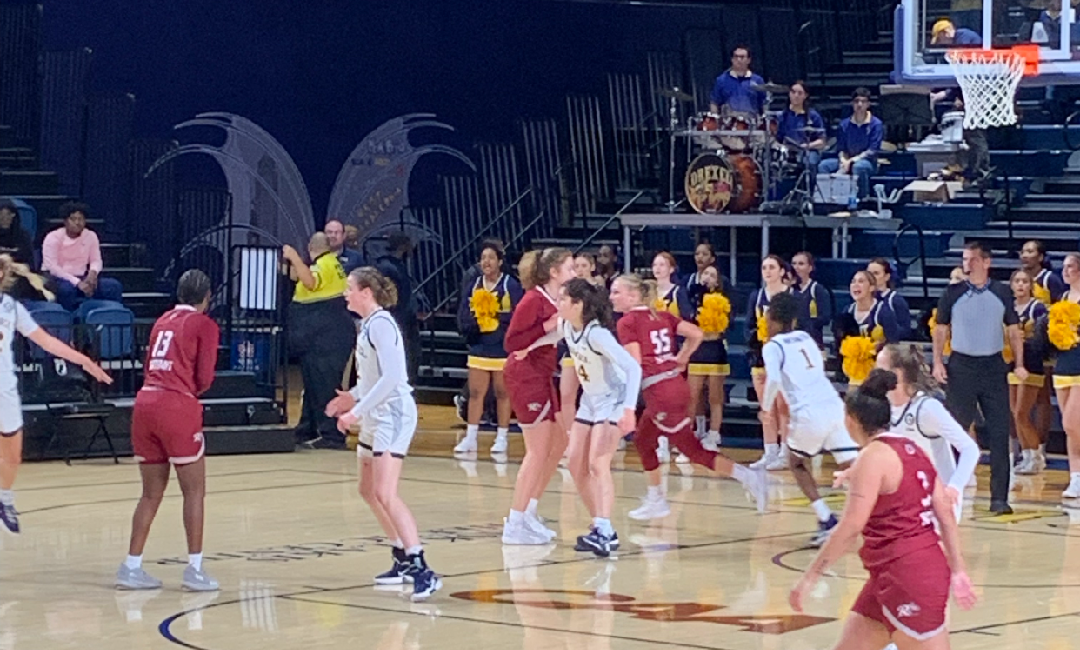 It was the highest-scoring game in a Drexel debut in more than two decades.

There was a familiar face across from Lavelle for parts of the game.

Victoria Toomey, a Dunmore graduate who also came through the AAU basketball programs out of Riverfront Sports in Scranton, jumped center against Lavelle to start the game.

It was not the last time the two matched up.

They guarded each other for parts of the game while each finished as her team’s second-leading scorer.

Toomey and Lavelle, both all-state high school players, went against each other in the Lackawanna League when Toomey was a senior and Lavelle was a freshman. Lavelle was teammates with Ciera Toomey, Victoria’s younger sister, on a pair of Hoop Group Showcase League championships with the NEPA Elite Clark 17U team.

Coming off a strong preseason, Lavelle showed she can be a big part of Drexel’s plans this season.

The 6-foot-2 freshman forward played 26 minutes and went 8-for-12 from the floor, hitting her only 3-point attempt. She was also 3-for-4 at the line.

Since Drexel became a member of the Colonial Athletic Association in 2001-02, Lavelle’s 20 points is the most by any player making her Dragons debut.

Lavelle also led the team in rebounds with six and made three steals.

Drexel led 20-15 after one quarter and took control by outscoring Rider, 27-14, in the second quarter.

“It definitely took us a little bit, but the two freshmen, Kylie and Grace (O’Neill), really stepped up well,” coach Maura Hendrixson said, according to a recap on Drexel’s athletic website. “I think we’re getting there.”

Toomey played 28 minutes and went 5-for-7 from the floor while hitting her only two free throws. The 6-foot-2 senior center shared the team lead with five rebounds was second on Rider (0-2) with four assists, had one of the Broncos’ two blocked shots and made the team’s only steal.

Lavelle got to the offensive boards to rebound Drexel’s first shot of the season. Her first college points came on a layup to break a 6-6 tie 3:42 into the game and she had three baskets in a span of four minutes to fuel a 14-5 run late in the half.

Drexel plays its next game Tuesday at noon at La Salle.

Rider is at St. Francis of Brooklyn Sunday at noon.

For a rundown on how all the former NEPA Elite players did Thursday, see the Alumni Report, including games involving Rachael Rose and Ethan Meuser, at: ALUMNI, D-I BASKETBALL: Lavelle, Toomey go head-to-head – NEPA Sports Nation