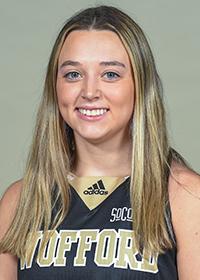 The Wofford College Terriers were hitting their shots Wednesday and Rachael Rose was leading the way.

Rose made 10 of 13 shots and Wofford hit half its attempts as a team while rolling to its fifth straight women’s basketball victory, 72-51, over visiting Davidson.

The former NEPA Elite Clark 17U and Scranton Prep point guard finished with 27 points. She was 3-for-4 from 3-point range and 4-for-4 from the line.

“There’s going to be days when you don’t shoot well, but luckily today we were able to shoot,” Rose said, according to a story on the Wofford athletic website. “We’ve been able to get in the gym, get extra shots up, and it was just a really good day for everybody all around.”

Rose began the day ranked 16th among National Collegiate Athletic Association Division I women in assist/turnover ratio and 40th in scoring average. Her assist/turnover ranking will drop when the statistics are updated Thursday after she had just one assist and two turnovers, but Rose will climb in the scoring leaders.

The former NEPABasketball.com District 2 Player of the Year is in the top 15 in the country among sophomores in scoring, assists and field goal percentage.

The Big South Rookie of the Year last season while playing at Wofford’s crosstown rival, the University of South Carolina Upstate, Rose is shaping up as one of the top players in the Southern Conference.

With SoCon teams still in the non-league portion of their schedule, Rose was the leader in assist/turnover ratio (3.22), assists average (4.8), shooting percentage (53.2), minutes per game (37.1) and steals per game (2.7) prior to Wednesday.