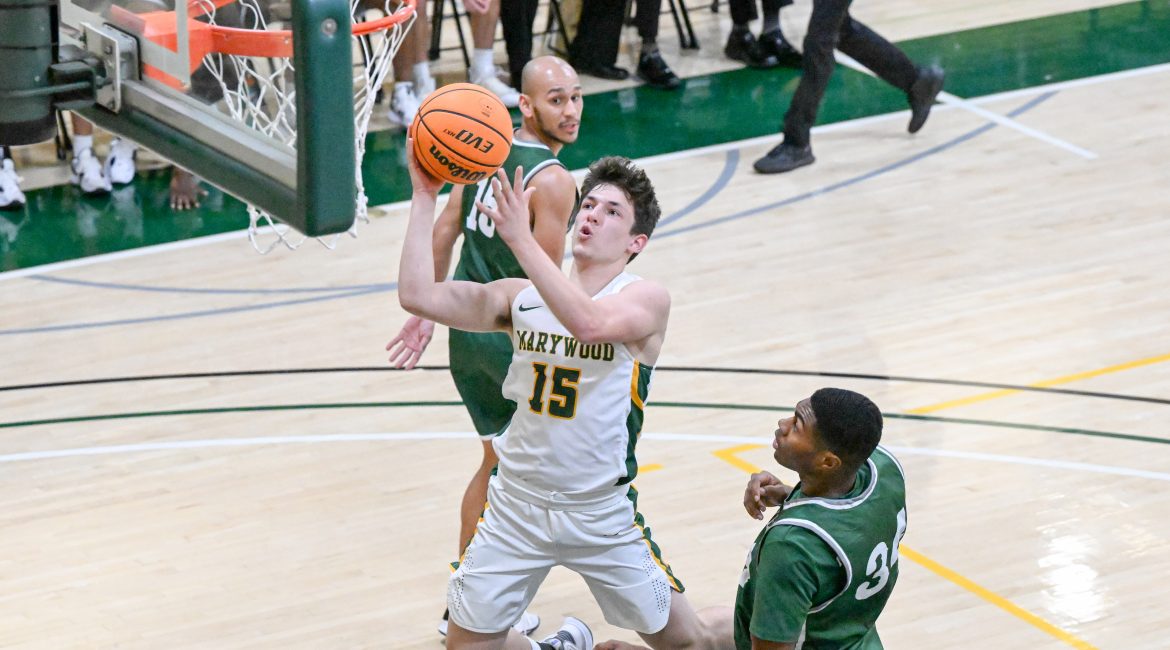 Caleb Vigil earned a promotion at Marywood University, then went about confirming he was worthy of the additional playing time.

The NEPA Elite Coyle 17U alum and Lakeland High School graduate boosted his production in his second full week in the starting lineup and earned a spot on the Atlantic East Conference Weekly Honor Roll as a result.

Last week, Vigil added scoring to his other production.

After starting the week averaging 6.0 points per game, he came up with 55 (18.3) in 3 games while continuing to serve in his other roles.

Vigil had 10 assists, including on the overtime, buzzer-beating, game-winning 3-pointer in a 93-92 victory over Keystone College. The 5-foot-9 guard also had 24 points in that win.

The game was the first of three straight scoring in double figures for Vigil, who had 20 in a 64-61 loss to Manhattanville and 11 in the most recent game, an 85-77 loss to Lycoming.

Olivia Ciullo, an NEPA Elite Clark 17U team alum who was an all-state player at Old Forge, has made two of the last three Atlantic East Weekly Honor Rolls for her play during the best start in the history of the Marywood women’s team.

Ciullo was honored the week before Thanksgiving when she averaged 15 points and 8.5 rebounds when Marywood won three of four games, including sharing the Cross County Challenge title with the University of Scranton by beating King’s and Wilkes. She had double-doubles of 20 points and 15 rebounds against Rutgers-Newark and 16 points and 11 rebounds against King’s.

The 5-foot-8 guard was selected again for last week’s effort in which she had 24 points and 12 rebounds against Wilkes and scored 16 points in a win over Susquehanna University where she had played the first semester of her freshman year in 2021-22.

During Marywood’s 7-1 start in which the Pacers have lost only to unbeaten Scranton, Ciullo is the team’s leading scorer (16.5) and rebounder (8.9). She is shooting 52.5 percent from the floor, hitting her only two 3-point tries, and 72.2 percent from the line.

Rachel McDonald, another former NEPA Elite player, is Marywood’s leader in 3-pointers with nine. She is averaging 5.5 points in 17.5 minutes per game coming off the bench.

The 5-4 sophomore guard is in her first season with the Pacers after transferring from Misericordia University where she played as a freshman.